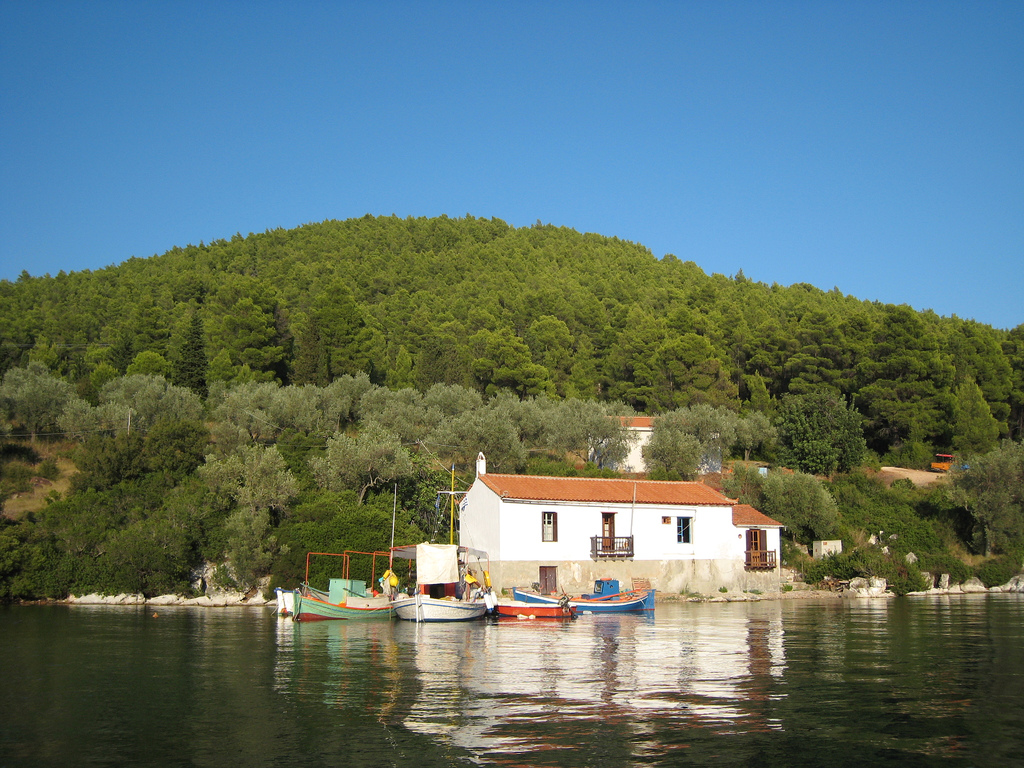 Pine trees cover much of Skopelos.

Skopelos is the second largest of the Sporades; a series of islands in the north Aegean Sea. It is sandwiched between the smaller, busier island of Skiathos to the west and the quiet, rustic island of Alonissos to the east.

As Skopelos does not have an airport, it is much quieter than neighbouring Skiathos. This means that Skopelos has largely avoided the over commercialisation that has blighted some of the other, more poular, Greek islands. As such, Skopelos is considered to be a more up market and exclusive destination than it's western neighbour.

Skopelos is often referred to as the greenest of the Greek islands as it is covered with lush pine and fruit trees that extend almost to the water's edge at the island's many beaches.

Most of the inhabitants of Skopelos are involved in agriculture and fruit production, only turning their hands to catering for the influx of foreign visitors during the summer months. Skopelos is responsible for a diverse range of produce including: fish, wine, olives, olive oil, honey, Feta Cheese, prunes and plums. In fact the plums of Skopelos are considered by many to be the finest in the world. The real speciality of Skopelos, however, is rest, relaxation and an unhurried pace of life.

With such great local fresh produce available, eating out in Skopelos is an experience to savour. There is a large selection of restaurants, tavernas and beach bars all serving local delicacies. Not surprisingly, fish is a popular menu item. 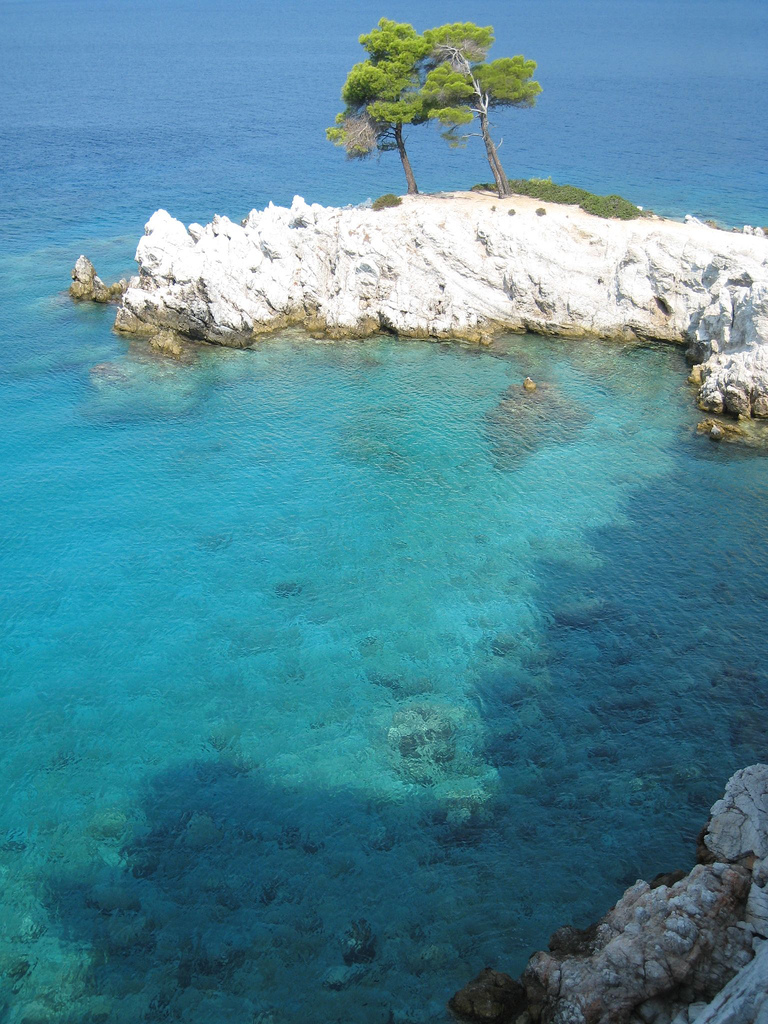 Skopelos Town or Hora, as it is known to the locals, is the principal town on the island and the port at which most international visitors will arrive via Skiathos. From here you can access the many towns and villages that expand along the south and western coast of Skopelos. The western coastline of Skopelos is where most of the best beaches are to be found.

Whilst many visitors choose to stay in Hora and use the town as a base from which to explore the island, many others prefer to spend the holiday in one of the many towns and villages that can be found along the south and west coast. A range of accommodation is available, including: hotels, guest houses, private villas with pools and studio appartments. Skopelos even boasts a camp site.

Wherever you choose to spend your time on Skopelos, you will have plenty to explore. The island covers an area of 96 square kilometers and has 67 kilometers of beautiful coastline. Skopelos also has two mountain peaks: Delphi is the tallest rising to some 680 metres and is situated in the centre of the island. At 566 metres, Palouki is the smaller of the two mountains and occupies a commanding position in the south east of the island.

Skopelos also has many churches, archaeological sites and monasteries to visit as well as vineyards and an intersting lighthouse on the northern tip of the island. Since the release of the movie Mamma Mia!, many visitors choose to explore the island to discover the locations that were used during filming.

Whether you choose to take it easy and relax on the beach or choose to explore the island's many treasures, Skopelos is sure to delight you.