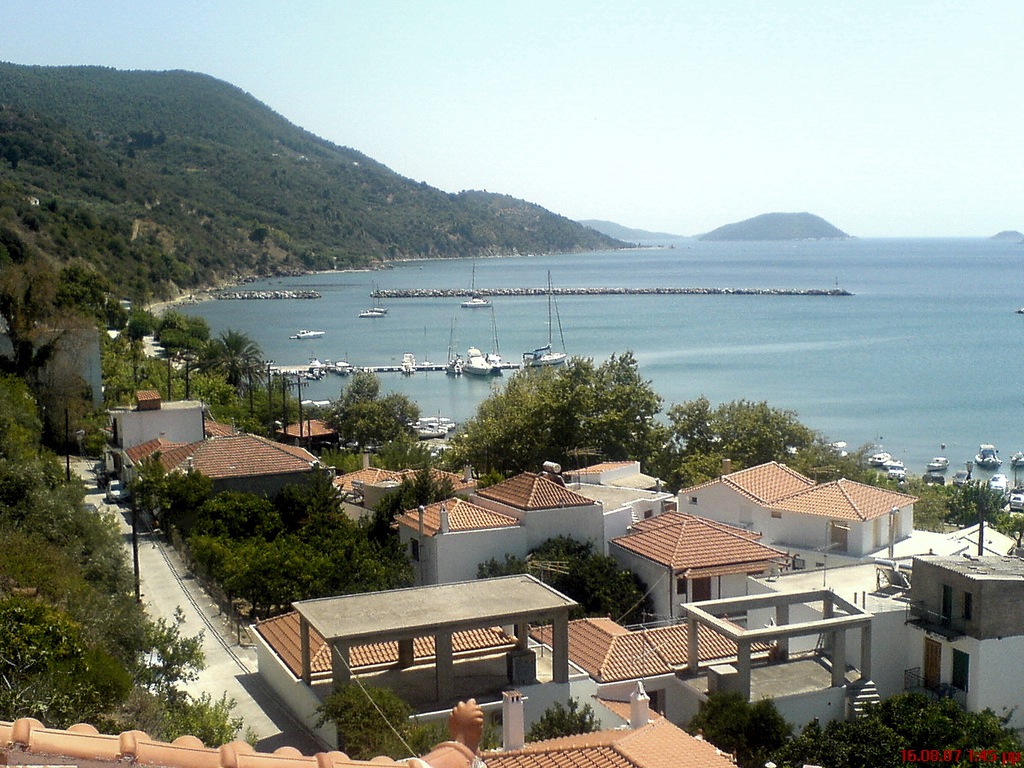 Loutraki is the port for Glossa

Glossa is a hillside village located in the northwestern part of Skopelos. The village has a population of roughly 1,200 and as such is the second largest habitation on the island. Glossa is situated some 250 meters above sea level making it the highest village in the Sporades. The village's elevation also affords visitors spectacular views westward towards Skiathos. Glossa is just a short distance from Klima and approximately 2 kilometres from the port of Loutraki.

As the crow flies, Glossa is roughly 10 kilometres north-west of Skopelos Town, however by car the journey is closer to 25 km as the island's main road winds it's way through the villages and towns of the west and south coast.

Several important events throughout the year are celebrated by the inhabitants of Glossa, including: The Assumption of the Virgin on the 15th of August and celebrations held within the first few weeks of August each year to celebrate the life of Manos Loizos - a composer who spent many summers in the company of the people of Glossa.

Whilst there are several churches to explore in Glossa, one is particularly noteworthy: that is the small church of St John. This tiny place of worship, to the east of Glossa, is perched on the top of a rocky peninsula that juts out into the Aegean Sea. The church is accessed by climbing up over 100 steps that have been carved out of the rock. The views along the coastline from the church make the ascent worthwhile. This church was used for the wedding scene in the hit musical movie Mamma Mia!

As most visitors to Glossa are Greeks visiting from the mainland it is fair to say that Glossa does not really excel at catering for the international tourist trade. However, most day-to-day items can be purchased within the village, that is so long as you don't want to buy anything during the siesta! There are a few small tavernas catering for those looking for refreshment as well as a restaurant near the school. The village post office also serves refreshments.

Many of the streets in Glossa are cobbled stone and are out of bounds to cars. As such, much of the village is only accessible by foot or by donkey.