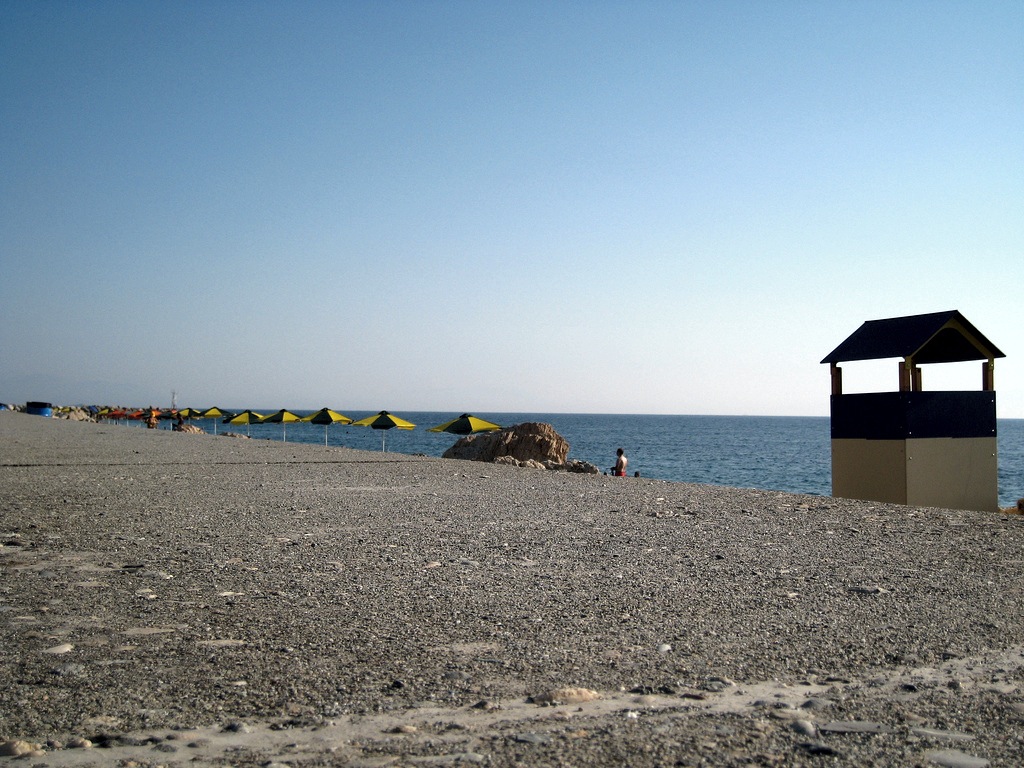 The beach at Loutraki.

Loutraki is the second largest port on the island of Skopelos and many of the inter-island ferries call here. As such, Loutraki is the first place that many international visitors will see. The hydrofoils from Skiathos call here before sailing around the island to Skopelos Town (Hora).

There is a pebble beach at Loutraki which also serves as the main beach for the inhabitants of nearby Glossa. This west facing beach is a good place to spend an afternoon soaking up the sun before watching it set beyond neighbouring Skiathos. For those seeking seclusion, it is possible to find coves along the coast from Loutraki, particularly to the south of the village.

Unlike Glossa, which is perched on the hill behind, Loutraki is much better geared up for international tourists and visitors. However, Loutraki does not have the same rustic charm as it's elevated neighbour.

The architecture of Loutraki is mainly modern with white-washed concrete buildings topped with terracotta tile roofs dominating. The roads around the village are wide, with the main road leading from the harbour through the village before winding it's way to Glosaa and then heading south along the west coast before turning east to Skopelos Town. The route is well serviced by the daily bus.

Loutraki has all of the shops that you would require for day-to-day supplies and has several tavernas, particularly on the front overlooking the harbour.

There is a much better selection of accommodation available in Loutraki than in neighbouring Glossa with hotel accommodation, rooms to rent and private villas with pools all being available.