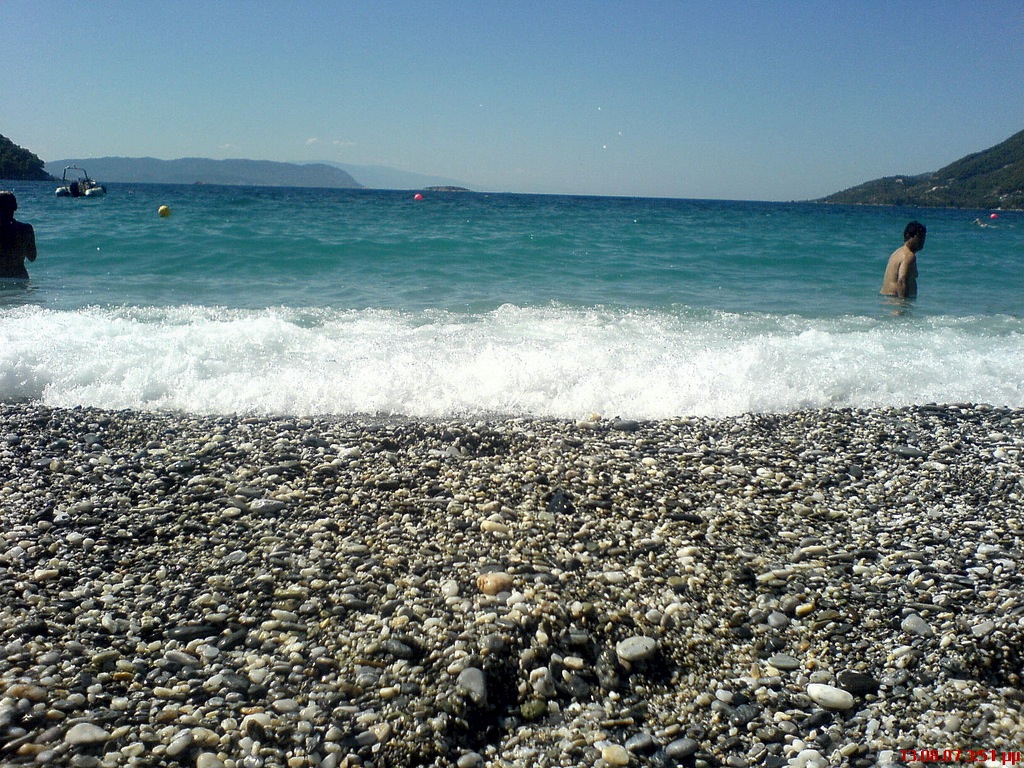 Neo Klima (Elios) is an a convenient tourist resort as it is in the middle of Skopelos between Hora and Loutraki. As such, Neo Klima Elios makes an excellent base for those visitors that want to explore the island or simply take advantage of the many and beautiful west coast beaches.

Neo Klima (Elios), is actually a collection of villages. In 1965 an earthquake destroyed much of the old villages of Neo Klima and it's near neighbour Palio Klima. The residents moved to a new settlement slightly further south called Elios.

Today the whole area is referred to as Neo Klima (Elios) which can lead to some confusion. Many of the old ruined houses in Klima have been restored and are now used as tourist accommodation. The more modern Elios, situated on the coast, doesn't have the rustic charm of the older Klima villages, which are located further inland to the north.

The large beach at Elios stretches along the coast line has a sandy part called Hovolo at the southern end. Access is quite easy and there is parking available at the rear of the beach. Elios has a small port which is popular with the yachting fraternity.

There are plenty of mini-markets in Elios as well as shops selling the usual tourist fare. There are several good tavernas for you to spend a relaxing few hours.

There is plenty of tourist accommodation available in the region, though it can become scarce in high season. There are appartments, roooms to rent and villas with pools available in both the more modern Elios and the older villages of Klima.