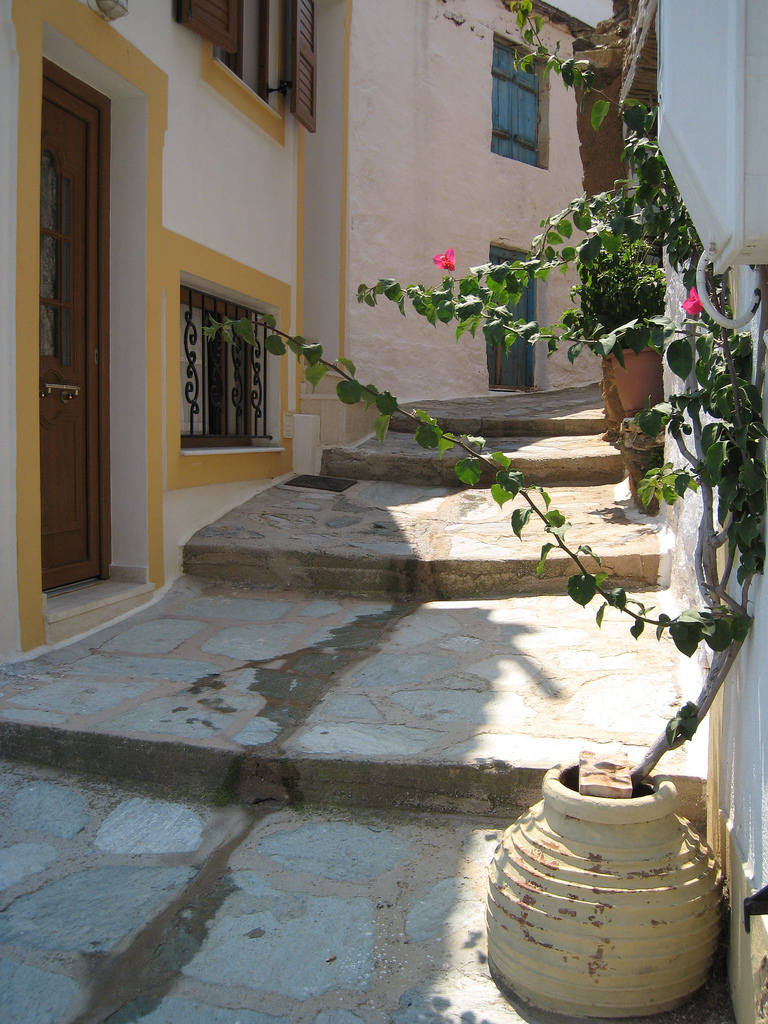 Exploring Skopelos can be a rewarding experience. The island has a rich history and heritage that can be traced back to the pre-Roman era.

There are over three hundred monasteries and churches on the island with many of them being linked by some very pleasant footpaths. If you enjoy hill walking, then exploring these churches can be a great way to see the island and absorb yourself in the history of the people.

In Skopelos Town, you can take a pleasant walk through the old narrow streets, up the hill to a ruined fortress that was built in 340 BC by Philip the second of Macedonia (the father of Alexander The Great). This fortress has undergone many alterations and repairs, however the only parts that remain to this day are the ruins of the outer walls. Within lies the oldest church in Skopelos Town, Ayios Athanisos.

The Folklore Museum in Skopelos Town takes visitors on a journey of discovery, looking at the role and economy of three areas of handiwork practiced in Skopelos: embroidery, weaving, and handicraft work - especially ceramics, works of woodcarvings, knives, agricultural tools and folk art paintings

The collection of artifacts displays the décor that was typical in the homes of the Skopelos inhabitants through the years.The museum also houses important nautical exhibits as well as ship models that focus on the local maritime tradition of the island.

Speaking of maritime pursuits, there is a lighthouse at the far north of Skopelos that is worth taking a look at. To reach the lighthouse, you must take a track northwards from Glossa. The track winds it's way through the pine trees to the coast where the track bears left along the notrthern coast. At the end of the track is the magnificent white-washed lighthouse. Here you can enjoy the serenity and peacefulness of the setting and gaze out over the northern Aegean sea.

Following on from the success of the recent musical hit movie Mamma Mia!, many visitors to Skopelos enjoy scouting out the filming locations. Doing the Mamma Mia! tour will take you right around the island as filming took place is several places, from Kastani and Amarantos in the south west to Agios Ioannis in the north-east. The stars of the film stayed in Skopelos Town whilst filming took place on the island.

As you can see, with the fabulous beaches, the rich heritage of the towns and villages and endless supply of churches there is plenty to see and do whilst visiting Skopelos.